skip to main | skip to sidebar

If al-Assad's and his security forces are known for anything, it is that they are and always have been, torturing, murdering bastards. In recent weeks however, they have shown the world that, even by their standards, they are psychopathic scum that seem to be totally out of control. They have opened fire on ambulances. They have gunned down unarmed teenagers. They have even shot at children on a school bus. Now they have brutally tortured to death a 13 year-old boy, Hamza al-Kateeb.
Hamza al-Kateeb loved when the rain filled farmer's irrigation channels enough for him and his friends to swim in. He raised homing pigeons. And though not from a wealthy family himself, he was acutely aware that there were others less fortunate than him. He would often ask his parents for money to give to the poor. 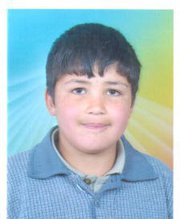 However, in the hands of al-Assad's security forces, in this case the thugs of Airforce Intelligence, Hamza found no such compassion, his humanity degraded to nothing more than a lump of flesh to beat, burn, torture and defile, until the screaming stopped and his young life ended.
Hamza was arrested during a protest in Saida, 10km east of Daraa, On April 29. That day was dubbed "The Friday of Ending the siege on Deraa", the border city where the torture of children had lit the spark for the Syrian uprising and where Maher al-Assad's forces lead the assault on a civilian population that killed hundreds.
The child had spent nearly a month in the custody of Syrian security, and when they finally returned his corpse to his family on Tuesday 24th May it was horribly disfigured by the scars of unbelievably brutal torture.
Hamza's mutilated, castrated corpse had lacerations, bruises and burns to his feet, elbows, face and knees, consistent with the use of electric shock devices and of being whipped with cable. Both techniques of torture much favoured by 's henchmen and well documented by Human Rights Watch as being used in Syrian prisons during the bloody three-month crackdown on protesters.
Hamza's eyes were swollen and black and there were identical bullet wounds where he had apparently been shot through both arms, the bullets tearing a hole in his sides and lodging in his belly. On Hamza's chest was a deep, dark burn mark. His neck was broken and his penis cut off.
Make no bones about it; I want you to see what that murdering bastard al-Assad is doing in . I want you to imagine the suffering of this innocent child so that scum like al-Assad can stay in power. I want you to consider what is happening in and ask why the people of   are not being offered the same protection. I want you to consider why the world allows such fucking scum as al-Assad and his sick bastard lackeys to live.
Facebook
Posted by Ian at 19:15