skip to main | skip to sidebar

The Trumpton Bully is back in town.
In his latest charm offensive (with the emphasis on ‘offensive’) he has said that the village idiot’s house is a “slum” and a “pigsty”.
He even suggested the “idiot” might not even have Scottish ancestry.
"My mother was born in Stornoway and she was so meticulous and if I dropped a little piece of paper on the floor as a baby she said: 'pick up that paper’. She was the most clean (sic) woman I've ever seen. She was immaculate. The people of are that way.”
"This place is a pigsty. I don't know where he comes from. Maybe his heritage is from somewhere other than ."
Maybe.
It would be interesting to know however, if Trump is offering up his native as an example of what happens when there is a lack of Scots in the gene pool. 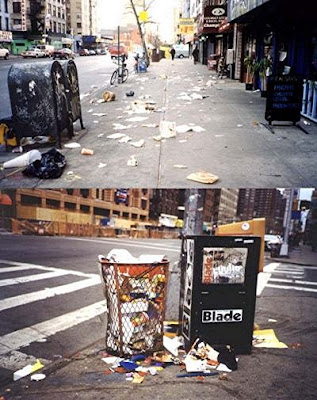 New York - The City That Never Sweeps
He has also decreed that the Menie Dunes will be renamed the "Great Sand Dunes of Scotland" as a tribute to his late mother , who was born in . No I can’t work that one out neither. It’s a cracking idea though.
I think I’ll rename my back garden the “Great Plain of Lochaber”, after a loaf of bread that I once bought.
The Mayor of Trumpton, along with Trumptonshire council are expected to continue with their extensive olfactory investigations into the great man’s colon. Due to cuts in the NHS all spine implant operations have been suspended in Aberdeenshire
On the question of heritage, Trump’s parental grandparents were German. But if you think there’s going to be any of that jack-booting bullying stereotype nonsense here you’re mistaken.
Posted by Ian at 02:55